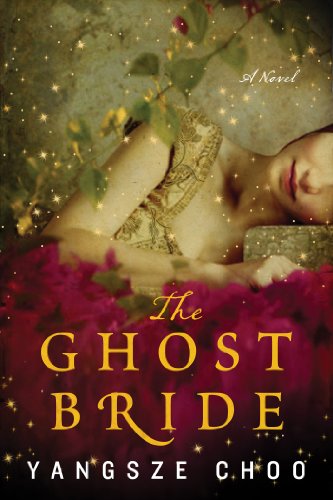 “One evening, my Father asked me whether I would like to become a ghost bride. Asked is probably not the right word.” Thus begins this fairy tale venture into Chinese afterlife with paper money, jealous vengeful ghosts, and entire spirit cities.

A young woman, Li Lan, is about to be trapped into a loveless marriage. It is actually much worse than that, it is a marriage where the groom is already dead!  Her father has spent the family fortune on Opium, but has been offered a way out of the self-induced poverty – marry his daughter, Li Lan, to the deceased son of the wealthy Lim family.

Li Lan lives in 19c Malacca, among the extensive Chinese ex-pat community. Even so, the practice of ghost brides is rare, although not unheard of. If she marries this ghost son of the Lim family, Lim Tian Ching, she will be treated as a cherished daughter-in-law of the wealthy family and all her father’s bills will be paid. Great for her father, but  terrible for Li Lan. While she would have status as a wealthy widow, she would never be allowed to marry again, or have children.  Li Lan decides she does not want this, but makes the courtesy visit to the Lim family as a polite young woman of polite society would do. Big mistake. She is attracted to the very much alive heir to the family fortune, a hopeless case of love if ever there was one. The family would never agree to let a penniless woman marry an alive heir. Also, after the visit she is haunted by the jealous ghost of Lim Tian Ching. He invades her dreams and pulls her into the spirit world time and again.

Lim Tian Ching is not the only spirit bothering Li Lan. Once she is open and susceptible to the spirit world, she becomes a target for other jealous ghosts. Soon she learns there is a complicated set of spirits that must be appeased within the confines of the complicated spirit world rules, which must be obeyed if she is to have any hope of extricating herself from this ghostly situation.

This wonderful book is great for Fall reading. I first read it several years ago and still remember it as extremely interesting with a great story. Learning something new was an added bonus, as I had never heard of Chinese spirit marriages and really did not know much about the fascinating Chinese supernatural and post-death beliefs.