I couldn’t help myself. I stopped in at the farmer’s market to pick up some flowers and saw the strawberries. The gallon tub of strawberries looked and smelled delicious. So, I added it to my order and decided we’re having strawberry shortcake tonight.

I loved strawberries and strawberry shortcake as a child. Everything about it. The smell, the taste, the signals it triggers in my brain that summer has arrived. I loved it so much that I became infatuated with the character. I wanted to be her. Surrounded by strawberries all day, eating sweets. What’s not to like about that? 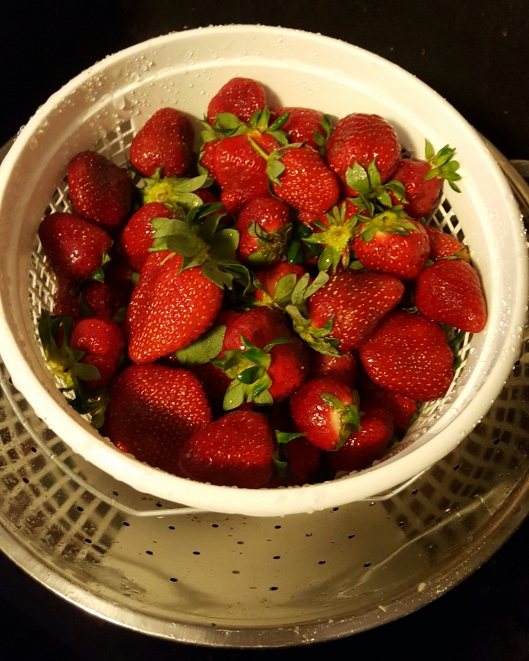 END_OF_DOCUMENT_TOKEN_TO_BE_REPLACED

“One man I should not have killed and one I should have.” One of the Rossingol sisters ruminates on this as she makes her first trip back to Paris as a now elderly woman. Which sister says this is a mystery until the end of the book.

The Nightingale is the story of two sisters whose lives were shaped by tragedy and remolded by crisis. Who is the Nightingale?  It seems obvious as you read the story, but by the end you wonder.

END_OF_DOCUMENT_TOKEN_TO_BE_REPLACED

This was a Sunday morning experiment. I had a Pillsbury croissant package in my refrigerator and I wanted to do something unexpected that would get everyone moving and still be a treat.  I spread the dough out on a cookie sheet, tore the dough along the perforations to form triangles. I then added a spoonful of Nutella at the fat end of each triangle. Rolled the dough up and made sure they were properly spaced on the cookie sheet. I then followed package directions on the back of the dough tube for length and temperature of heating, well sort of, I left mine in a wee bit too long but as they were rescued before they burned — voila – Chocolate croissants!

I am sure there are many way to make this even more fancy and the chocolate even gooier, but this was so easy and so so yummy! 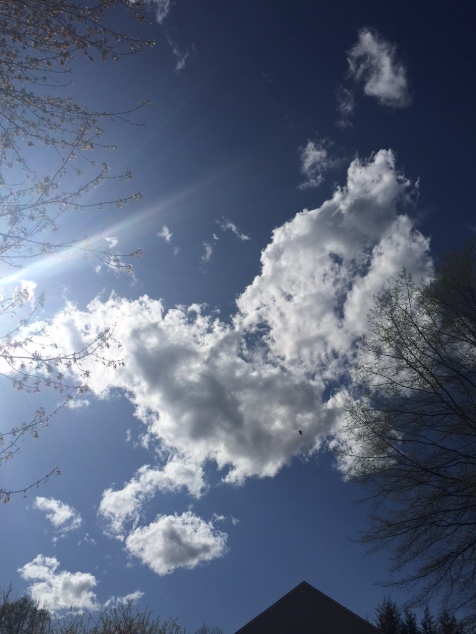 I first saw the legs, both sets crossed at the ankles. Then I saw two prone figures on the grass – a woman and a young girl. Their bikes and helmets were discarded nearby and both were laying on their backs on the neighbors lush well-tended lawn. Their arms were folded behind their heads forming a sort of pillow and with the similarity in how they were lying I was certain the daughter was imitating the mother. I heard the mother say “oh, oh, look the turtle is going to catch the dog. You don’t think it will eat the dog do you?”  The girl squealed in delighted protest “no silly, turtles don’t eat dogs. But mom look I see a bunny over there.”

I did not have to look to know what they  were seeing, I knew. I have played the same game with both of my children when they were younger. These two were cloud gazing – watching the pictures form in the sky and making up little stories to go with it.

Walking a few more paces the cloud watchers were soon behind me and not able to see me snap the picture (below).  I do sort of see the turtle and the dog, but I see other things in these shapes. Studying the image a second cloud also looks like a turtle, but maybe that is just the power of suggestion. Of course my vantage point was not nearly as good as theirs and by the time I snapped the picture the clouds had begun to reshape into other things. 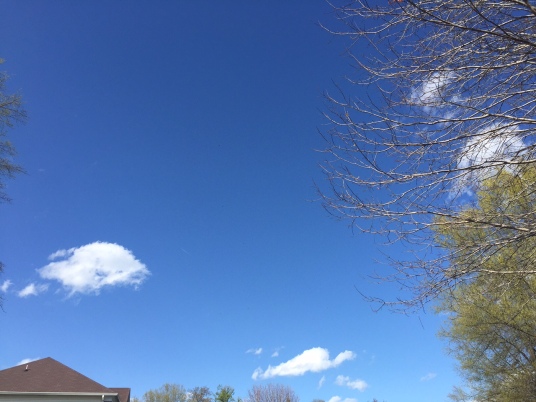